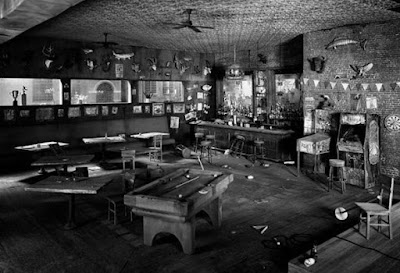 Chapter 3.
You stagger over toward the decaying bar, your legs growing weaker with every step. You could feel the poison start to creep up behind your eyes.
Enigma starts up again on the speaker, "Are you ready to start my gamie??" he sang out. Before you could mutter out some witty response, your legs give out and you collapse under the glass case holding the antidote. Engima seems to take this as a yes.
"First riddle! What is something you can give away, and then keep at a later timey?" Enigma asks.
You're confused. How can you have something that was given away? Then, almost as if it came to you in a fever dream, you answer, "A promise!"
There is no answer for a moment, but then Enigma responds, "Yessie! That's correct." He continues with another riddle, "What walks on four legs in the morning, two legs in the afternoon, and three legs at night?"
You roll your eyes. Nathanial was always into these kinds of puzzles, and you remember him telling you this riddle a few months ago. He had mentioned something about a sphinx, you don't quite remember what, but you remember the answer was mankind.
"Its humans," you say into the air.
"Correct-o," Enigma gleefully chatters. Then, he started to speed up with the riddles, asking sometimes four at a time. You felt the poison muddle your thoughts, but you were forced to answer every riddle as quickly as possible,  at risk of falling behind and angering Enigma.
"What remains immobile at birth? What, when given up, makes one loveable? What do you always want to share, but, once you do share, no longer have it?"
"Eggs. Pride. A secret," you rasp out with great difficulty.
"Rightie! You did it, Yuddy!" Enigma exclaimed. "You've beaten my puzzles, but now I must leave-y. I can tell that there are more of your police buddies are on the way!"
That dick, you think. Just when you think you win, he always manages to get away. At that moment, you heat the glass above open upwards, attracting your eyes towards the bottle labeled 'Antidote.' For a moment, you wonder desperately how you could reach the bottle several feet above you. As you lie there collapsed on the floor, weakened by exhaustion, you hear a small gear start to shift above you. You look up.
Now, the bottle seems to be outstretched above you by some mechanical arm, and the bottom of the bottle is now visible to you. You see a small, narrow opening, and it immediately sprays a fine mist on top of you. You panic. Were you sprayed with more poison? Is this you end?
After a moment of feebly trying to rub the mist out of your eyes, you come to realize you are starting to feel better, not worse. Enigma was telling the truth; it was the antidote, not more poison. As you start to feel better, you begin to comprehend the situation around you: Enigma was gone, your boys were still lying unconscious on the floor, but you were alive and you had the antidote. And you had a  criminal to catch.

----------
Author’s Note: I did it (again!). I continued my missing detectives story, AND I brought it to some sort of conclusion! It felt good to finish this story with at least a somewhat satisfying ending. I know the bad guy got away, but I had to set the stakes by poisoning Yuddy, and I couldn't justify a poisoned man catching the bad guy, so I let Enigma get away. I probably will never continue the story, but for anyone that is wondering, I imagine that Yuddy would restore the other five detectives, and all six would embark on a journey to confront Enigma. This would culminate in more riddles spanning all across the town and Enigma being outwitted by Yuddy. Bing Bang Boom good guys win!

Introduction to Daniel the Vagablond

Hello VagaBuddies! Welcome to my Vaga-Blog! My name is Daniel Pfaff and welcome to this blog! (If you are confused about the title of the ... 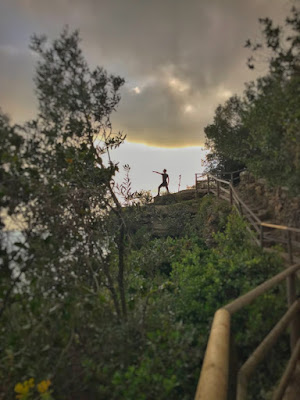